My friend Mary’s sons, Carson and Jack, piped up every time the preacher said “silly prayers.” I could hear them giggling and repeating the phra 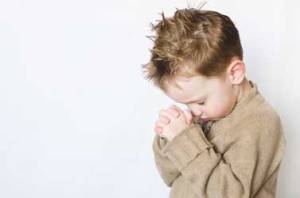 Basically, silly prayers are the prayers we pray reluctantly, hesitant to ask God for something that seems trivial, selfish, or minute in the grand scheme of things. Our pastor shared examples of silly prayers others had prayed–and how God had answered each of those silly prayers. He reminded us that God really does care enough to listen to and answer our prayers, no matter how silly they seem to us.

As he shared this sermon, I realized that many of my prayers could be categorized as silly prayers. I have come to believe in a Power Greater Than Myself and in His ability to do anything He wants to do, however He wants to do it. I trust Him enough to simply ask for His will be to be done. But I also know that He takes delight in fulfilling the God-given desires of my heart. So sometimes I ask Him for things that other people might scoff at or believe to be unimportant. God doesn’t scoff, though. He answers me. He doesn’t always say yes, but He always answers. 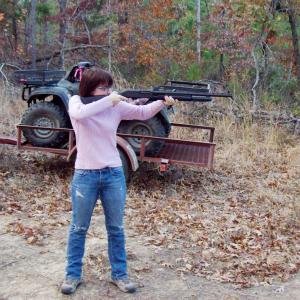 A few years ago, my husband (boyfriend at the time) took me hunting for the first time. I don’t know why it mattered to me, but I was determined to have a successful hunting trip–I wanted to kill a deer. And not just a deer–a deer with horns (technically referred to as a buck, but in  girly terms, “deer with horns” worked just fine). So I asked God for this, and He understood my lingo just fine. The next day, I killed a buck with one shot on my very first hunting trip. Trust me, this is nothing short of a miracle for me.

Recently, I asked God to give me an idea to pass on to a friend who was struggling with her daughter’s behavior. She’d asked for tips or suggestions, and my mind drew a blank. I’d had six years of experience as a stepmom, and I was very familiar with her daughter’s age-range and issues children have at that age, but I couldn’t think of a single thing at first. The next day, as I prayed for my friend and her daughter, God flooded my brain with questions and ideas and memories about my own childhood and children I’d helped care for who had similar problems. I shared all this information with my friend and told her I had no idea if it would be helpful or relevant. Turns out, the suggestions she implemented are working.

The past few months, I’ve been praying that God would grow our little local recovery program. I asked Him to bless and double our efforts. The next week, we literally had twice as many in attendance. That trend has continued week after week. People have begun asking questions, unprovoked and without any effort on my part. The local newspaper offered to run a full feature article on our program, and all I’d asked for was a free temporary classified ad. Last night, a new participant at the meeting (who was obviously in considerable emotional pain) asked if she could borrow a book which contains daily readings relevant to recovery and the 12 steps. I eagerly loaned her the book. When I explained that most people read one page each day, she asked, “Is it okay if I read more than one a day?” Well, of course! On my way home last night, I thanked God for answering my prayer in a bigger and more comprehensive way than I’d prayed it.

God didn’t have to let me kill a deer. We certainly harvested and utilized all of the meat, but it wasn’t necessarily a nutritional need being met. He must have just known that I would benefit tremendously from His response to my prayer. And I did.

God didn’t have to give me ideas to share with my friend. After all, it wasn’t even my child I was praying for. But He did. And I know my friend well enough to know that she understands the Source of the successful ideas.

He didn’t have to bring more people to our recovery program. He could help them all in other ways and through other means. But for some reason, He continues to grow our program, and in turn, strengthen my belief in the power of prayer.

Right now, I’m praying a few silly prayers daily. I won’t share them yet–some things must remain between me and Him. One of my silly prayers (which I’ve been praying for about a month now) seems to have been partially answered today, through the help of a friend who had no idea that I’d been praying about the very thing.

I’m so grateful that I repeatedly took the action of praying and asking God for things I felt were silly, and that His responses to my prayers have changed my feelings and strengthened my faith. I’m grateful that I don’t consider anything too silly to pray about now.

As my friend Kathy says, “Nothing ‘just happens’ in God’s world.”