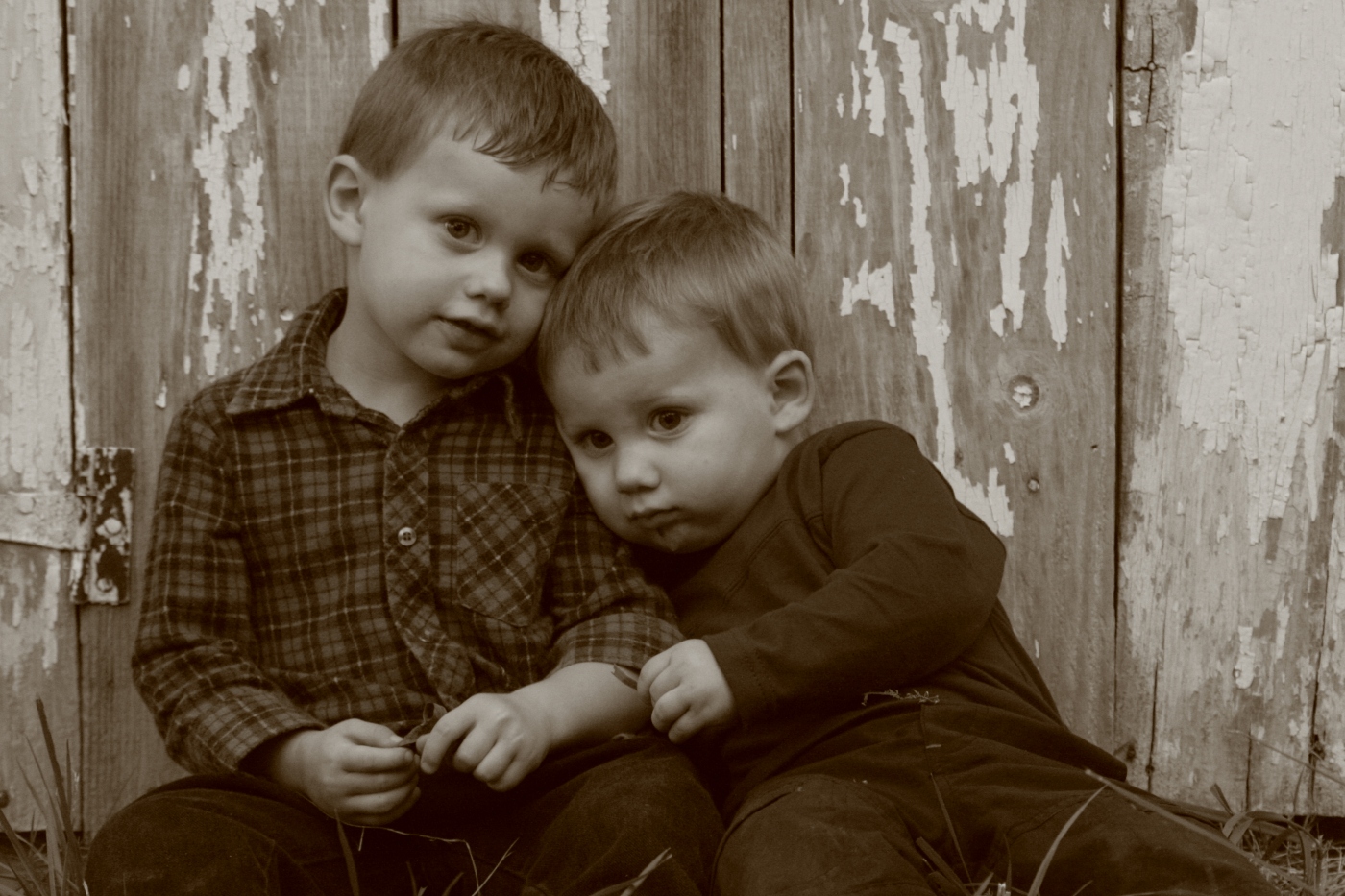 *Thanks to Michelle Young for serving as today’s guest contributor. Check out her artwork on her Facebook Page MY Moments.* 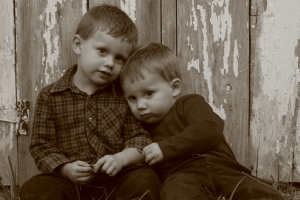 In November 2005, Jerry and Nancy Young opened up their home to two little boys named Kolby and Kaleb. It was the week of Thanksgiving when Joe and I met these boys for the very first time. Kolby had just turned two, and Kaleb was soon to be one year old. Throughout the following months, Joe and I saw Kolby and Kaleb often and spent a lot of time with them. They quickly became very special to us.

On March 13, 2006, as Joe and I were driving home from Jerry and Nancy’s house, I noticed that Joe was being exceptionally quiet. As we lay in bed that night, I asked if he had been deep in thought about something. He simply said “Yes.” So I probed further and asked what it was about. He said, “You probably don’t want to know… What would you think about trying to get custody of Kolby and Kaleb?”

My heart fluttered as I told Joe that I had already been thinking about it, but just hadn’t said anything yet. I also admitted that the idea of it all scared me. Joe had become concerned about his parents trying to raise these two small children at their ages, especially since it was beginning to look as if it might turn into a long-term, if not permanent, situation. That night, we discussed the possibilities of getting Kolby and Kaleb into our home and the ways in which our lives would be changed if it actually happened. We also discussed the reality of maybe only having the boys in our home temporarily while their birth mom met all of her requirements to get them back. This was going to be a huge decision and we knew that if we got involved, we would have to be prepared emotionally in the case that they be returned to Brittney later on down the road. No decision was made that night. After much discussion, we went to sleep.

The next day at lunch, Joe asked if I had enough time to make a decision about getting involved and offering to let Kolby and Kaleb come live with us. I told him that if we were to get the boys, I would be in it wholeheartedly. Joe said that was all he needed to know. We would make our decision known to Jerry and Nancy later that night. The rest of my work day was consumed with thoughts of our decision and the possibility of Joe and me going from no kids to two kids. I was overwhelmed with emotions. I was scared, nervous, anxious, and yet excited all at the same time. I called and asked my mom to meet with me. I explained to her the entire situation and that Joe and I were planning to try to get custody of Kolby and Kaleb. She was surprised, but supportive of our decision. She said she was proud of us for stepping up and offering to take these boys in. She also told me that she had tried not to be selfish in her prayers for us and our desire to be pregnant. She had simply prayed that God would allow Joe and me the opportunity to share the love in our home with others.

Well, that opportunity had arrived! I told her that God never ceased to amaze me and that I am often reminded that my plans are not always God’s plans. Joe and I had been trying to have a child of our own for about seven months, but it hadn’t happened. All of a sudden, unexpectedly, we had been presented with a completely different plan. Looking back now, I can clearly see God’s amazing hands at work in our lives. I believe that I did not get pregnant during that time because God knew all along of two small boys who would be in need of a good, loving home. I honestly cannot say that we would have made the decision that we did had we already had a child of our own. That evening, Joe and I sat down with Nancy and told her of our recent decision to offer to get custody of Kolby and Kaleb. She said it sounded like a good plan to her. She thanked us and said that it was a relief to know that there was at least another option out there. She admitted that taking care of the boys 24/7 was really taking its toll on her. She assured us that she loved the boys and would continue to take care of them as long as she needed to, but of the two options, she felt that Joe and I getting custody of the boys would be the better scenario.

I have an entire journal of all that we went through once our decision was made public. The boys remained with Jerry and Nancy while all of the phone calls, paperwork, and court hearings were being handled from county to county. There were doubts. There were tears. There was bad news. There was good news. It was an emotional roller coaster to say the least! Finally, on July 26, 2006, the boys were moved into our home as foster kids. This began a whole new chapter for Joe and me as well as for Kolby and Kaleb. More doubts. More tears. More bad news. More good news. Another emotional roller coaster.

On February 21, 2007, Joe and I went to court in Little Rock where both birth parents signed the consent to waive parental rights. This began the actual adoption process. It was a very happy time for our family. And then one month later, God revealed another surprise…I was pregnant. Wow! At this point, we had been trying to get pregnant for a year and a half. Joe and I were now in the situation of going from no kids to THREE kids all in one year! Glory was born on November 17, 2007. She was 5 months old when we FINALLY went before the judge in Little Rock on April 28, 2008, and legally became Kolby and Kaleb’s permanent family. Despite the long, difficult, emotional journey, I am thankful for my family and for our story. God has truly blessed us!