The gift of a second chance

Posted on December 17, 2013 by bethanymwallace

*Over the next few days, I’ll be posting essays by my amazing students who wrote in response to the question, “What are three gifts–proverbial or literal–that you’ve been given in 2013, and why are they significant to you?” Their responses made me laugh, cry, and most of all, thank God for the opportunity to invest in their lives. Today’s post is by a student who wishes to remain anonymous but wants to share her story. Names and locations have been changed.* 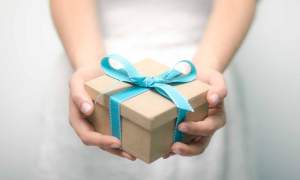 This year, 2013, has been filled with  many life-changing events and blessings. Out of everything I have received this year, there are three special gifts that have made 2013 one of the happiest periods of my life.

The first gift I received this year was meeting my boyfriend John. We met this April on an online dating website, and we’ve been in love ever since. After a painful break-up with my ex-boyfriend in March, I was determined to find someone who would make me happy and treat me well. On a whim, I created a profile on a popular dating website and waited to see what would happen. It wasn’t long before I received a message from John, and I felt a connection right away.

At that time, I was living with my sister in Jonesboro, while he was living in Batesville. We spoke on the phone for hours every day, and we eventually decided to meet in person. My family and friends were concerned for my safety because meeting people off of the internet can be dangerous, but I was confident that everything would be fine. We met in Batesville for sushi and a movie at his place, and it was one of the best dates of my life.

After that,  we became inseparable. Even though our work schedules and distance apart made dating difficult, we were able to maintain a good relationship and quickly fell in love. Not long after our first date, John  offered to let me to move in with him in Batesville, and I was apprehensive at first. I had made many impulsive decisions in my dating life, and I didn’t want our relationship to end badly. After a lot of thought, I decided to go ahead and move in with him. Even though it was a struggle adjusting to a new town, John made the transition a little easier for me, and I am happier in our relationship than I could ever imagine. John has given me a love that I’ve always wanted, and I am very thankful to have him in my life.

The second gift I received this year was the ability to further my education at the University of Arkansas Community College in Batesville, or UACCB. In high school, I didn’t have any motivation or desire to perform well. Growing up, I had a lot of things going on at home that affected every aspect of my life and made school very difficult to handle. I ran away from home when I was 17 years old, and because of that, I was court ordered to stay at a hospital’s treatment center until I was 18. I graduated high school on the day of my discharge from the hospital in 2007, and I have kept my stay in the hospital secret for many years.

I felt ashamed because I had graduated from a mental health facility, and thought that I would never be able to perform well in college due to my past.  Many people in my life have encouraged me to go to college, but due to financial reasons, I felt like that wasn’t an option for me. When I moved to Batesville with John, I was finally in a position to attend college. Even though I didn’t necessarily want to apply for classes, I thought I might as well give it a try to keep everyone from bothering me about it. Now, at the end of my first semester, I can say that I am very happy that I decided to go college. I never dreamed that I would become a straight “A” student at 23 years old, and it makes me feel very proud of myself. I’ve thoroughly enjoyed all of my courses and have made a lot of great friends. College has given me the courage to achieve more in life and to believe in myself.

The third gift I received this year was becoming employed at a gas station. Before moving to Batesville, I worked as a Licensed Certified Nursing Assistant at a nursing home and was financially independent. Despite the good pay I received, I was miserable and loathed my job. Once I was living in Batesville, I assumed that I would have no problem finding a job. I quickly realized that wasn’t the case. I spent almost three months unemployed, and every application and job lead that I followed led to disappointment.

Finally, the week before the fall semester of college started, I received a call from the gas station about a job offer, and I gladly accepted. I have prior experience in sales, and I easily adjusted to my new job. All of the employees were very warm and welcoming, and I became fast friends with all of them. I also met my best friend Savannah, who is like a sister to me. My first months in Batesville were very depressing because I had no money and didn’t know anyone besides John. If I wouldn’t have found a job, I was seriously considering moving back home, which would have been a mistake. I have never been financially supported by a boyfriend before, and not being able to take care of myself was a big blow to my self-confidence. Now, I am happily employed and grateful to have a job that I love.

The year 2013 was filled with so many things that have changed my life for the better. I am thankful for all of the gifts I have received and the good people who are now such a big part of my life.

← Smoking hot Christmas party
The gift of growing up →