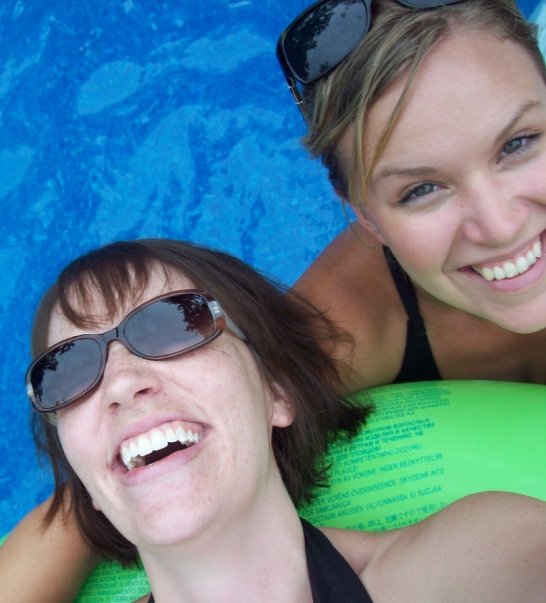 I remember attending my first Twelve Step recovery meeting ever. It was an open meeting, and I attended with a friend. I listened. I learned a lot and felt that even though what people were sharing didn’t totally apply to me, there was something warm and familiar about it all the same. I couldn’t put my finger on it.

A few months later, I understood that warm and familiar feeling to be home. I related to the feelings shared, even though the details were different, because I had been affected by similar problems and situations.

I never stopped the Twelve Step movement in my life after that. This summer, I celebrate my eleventh year in recovery. When I attended my first meeting, I was dating an alcoholic (I later married him, and subsequently divorced him). He insisted I find my own program of recovery because I was driving him crazy. Truthfully, I was probably driving him completely nuts, regardless of his behavior and his contributions to the chaos in our relationship.

Fast forward 11 years. A lot has happened in the gap, but one thing has remained steady and constant in my life–my relationship with God and my growth in recovery. Divorce, financial ruin, relocation, grad school, pregnancy, major health concerns, marriage, legal stress, parenthood, entrepreneurship … you name it. Life happens to us, right? That doesn’t change just because we choose to align ourselves with healthier people, attend Twelve Step meetings, and pursue a better path for ourselves. Life keeps happening. Will we avoid as many potential pitfalls if we’re making better choices? Probably. But life rolls on, and we cannot prevent that.

I’ve observed something interesting over the past decade which sometimes seems strange. A dissonance, a distinct difference, even tension between the way I view (and choose) to view the world, and the way others view and choose to view it.

Yes, I follow Christ, and that certainly sets me apart from a large group of people who do not. But it’s not those people I’m referencing here. There are many of my friends and family members, most of whom follow Christ, who truly seem to be unable to relate to my perspective and worldview. What’s changed? Me or them? If it’s me, what is it about me that’s changed so much?

I’ll never get inside others’ heads to figure this out entirely–and honestly, I don’t want to–but I do find it interesting. Here’s one thing God brought to my attention a few weeks ago: When two people have experienced reality entirely differently, it is nearly impossible for them to perceive the world similarly.

I chatted with a friend of mine who works in Christian ministry a few weeks ago, and that’s when this really hit me. He shared with me a situation that occurred years ago when many folks in ministry conflicted over changing a denominational policy. Some of the people stood by their beliefs without becoming petty or criticizing individuals (maintaining a polite, cordial attitude toward others involved). But a few people lashed out at the group, posted hateful messages online, and demonstrated the exact behavior that makes Christians cringe in embarrassment. We lamented about the situation together.

“I don’t know why, but that’s just one of those hot button topics that always gets people going,” he mused.

“Yeah, I guess so. I can’t relate to that anymore. I think there was a time when I had an opinion about that stuff… not now. I can’t even muster an ounce of concern about that if I try.”

I wasn’t being sarcastic. I was serious. My entire perception of what really matters has completely changed. I really did join in on splitting doctrinal hairs in the past, and I enjoyed those conversations and would defend my soapbox to the bitter end. And not just that–I used to pride myself on serving as vigilante of almost everyone or anything. I loved that stuff. I LOVED THAT STUFF. If you’d asked me the question, How important is that, really? I would have responded, It’s VERY important!

Then I lived in alcoholism for a decade. And I faced PTSD during that time from multiple incidents of sexual assault and other situations. I finally sought counseling and help through the Twelve Steps, but not until my life began to crumble into bits at my feet. It was not the best time of my life.

When your reality has been lived in mire, in fighting dark spiritual battles for quite some time, your perception changes. First world problems aren’t problems at all. You don’t have room on your plate for things like bickering, gossip, and scandal.

Yet even when you move from darkness to light–and thank God, that has happened for me–you may still feel permanent dissonance between the way you see the world and the way others see it. Does that mean those who don’t see it the way you see it are wrong, or that something is inherently wrong with you?

Not at all. It’s just a reminder that the world is varying shades, that not every human experiences trauma, and that God works through each of us differently. It’s a reminder that we cannot go to the bakery expecting to purchase hardware. That we can’t expect people who’ve never been in a pit to feel comfortable sitting next to us in the bottom of one while we work our way out, one Step at a time. It’s a reminder that God goes before us, plans in love, and converts what was meant for Evil into our Ultimate Good.