*Today’s post is written by my friend Debra Dickey.* 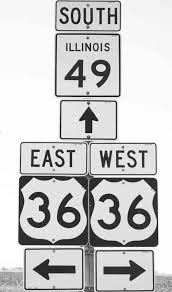 Sometimes when I’m driving home late at night after a catering event, with only the quiet and darkness to keep me company, the sounds of the twilight bring back velvety memories of earlier times in my life.

My Mom was from the North, and although my Dad is not, because of work opportunities, his family ended up there as well.  Matter of fact, that’s how my parents met!  Anywho, owing to this fact and that we farmed, my parents rarely got to see their families except once a year and that was at Christmas when we kids were out of school for the holidays.

The very Friday that we finished classes, Mom and Dad had our suitcases packed and loaded, and we left that afternoon and drove through the night, or our suitcases were packed and we all got up and left about 4:00 a.m. the next morning.  Either way, our destination was 500 miles away which, on a two-lane road and going the scenic route that my Dad preferred, took 12-13 hours.

In the early years, we made this journey in a pick-up truck. There were four kids–one in Mom’s lap, two sleeping in the seat, and I usually sat in the floorboard and napped with my head on the edge of the seat.  For us, it was an exciting time.  I think I slept less than the other kids, so I must have concentrated more on the sounds of the trip itself.  Driving in the early morning hours was such a surreal feeling.  There was hardly any traffic, so the miles ticked off in quiet serenity, hushed and blanketed, as if time and space were standing still.  Peaceful, as if all the world had melted away, and all that remained were the six of us going down a ribbon of black toward the edge of the universe into another dimension.

Don’t get me wrong, we had some mighty fine adventures on those trips, not always smooth-sailing, and often goose-bump inducing. Since it was the end of December, and we were headed north, we always expected snow, and that’s usually what we found!  Often we would need to stop to put on snow chains before we even got out of Arkansas, but one year halfway there, the newly-fallen snow had accumulated to the point that there were no lanes left.   Cars were stuck or off the road everywhere, and the only way to proceed was to stop, help push the car in front of you out of the way, go half a mile, and do the same thing all over again!  I’m not sure how long that went on, but I do know that particular trip took 22 hours all told!!!  My parents — indefatigable.

One time a car in front of us flipped, and the occupants were trapped inside, so my Mom and Dad stopped, told us to stay put, then went to help pull the two young people out of their wrecked vehicle and brought them to warm up in our truck until assistance arrived.  That was scary.  Another time, we brought back two Shetland ponies in the back of our pick-up truck.  Poor things stood up for 500 miles, in the cold, but they were fine.  Luggage, you ask?  Yes, Dad created a space in front of the sideboards to stow our luggage.

Good times!  Getting to eat in restaurants, getting to shop in a department store, being treated to a new environment, and family reunions with as many as 45 people all at the same time. Fun stuff, and we’ve never yet figured out exactly how they managed to keep secret our Christmas presents the whole way!

So, nowadays, driving home, windows down, no radio/CD on, in the cool quietness of the night conjures recollections of timeless experiences, vivid and poignant, reminiscent of another life in another time.  Christmases long ago.  A grateful time.  A life and memories that I wouldn’t trade for anything in the world!

Honestly, I’ve figured out that when I’m not being honest with myself or with other people, there’s something wrong.

It might not be something huge and glaring, like a hidden affair or a concealed scar from an awful experience, but if I’m hiding it, there’s a reason why.

And it’s probably not for my own good or the good of others.

Recently, when I discovered that someone close to me was hiding something from me, it made me think back to all the times I’ve hidden things from other people. What was my motive? What was I getting out of doing that? Why was the benefit worth the risk and/or harm it caused others?

Every time I’ve hidden something, there’s been a reason. If I’m hiding something from someone I love, it’s normally because a) I’m benefiting from the very thing I’m hiding enough that I’m not willing to disclose it or give it up for fear of losing it, or b) I simply just am not unselfish enough to put others’ feelings and needs in front of my own desires in that moment. Sometimes it’s more complicated than that, but most of the time, it boils down to fear and selfishness.

Let me tell you from experience–hiding the truth has always hurt me. Whether it was ever uncovered or disclosed is irrelevant; I still suffered the consequences of lying to myself, not being an honest, trustworthy person, and feeling coated with a layer of guilt and shame. Thankfully, through forgiveness and learning how to live an open, honest life, I’ve learned how to avoid those terrible consequences by being honest and truthful to begin with.

If I have to hide it, maybe I just shouldn’t do it.